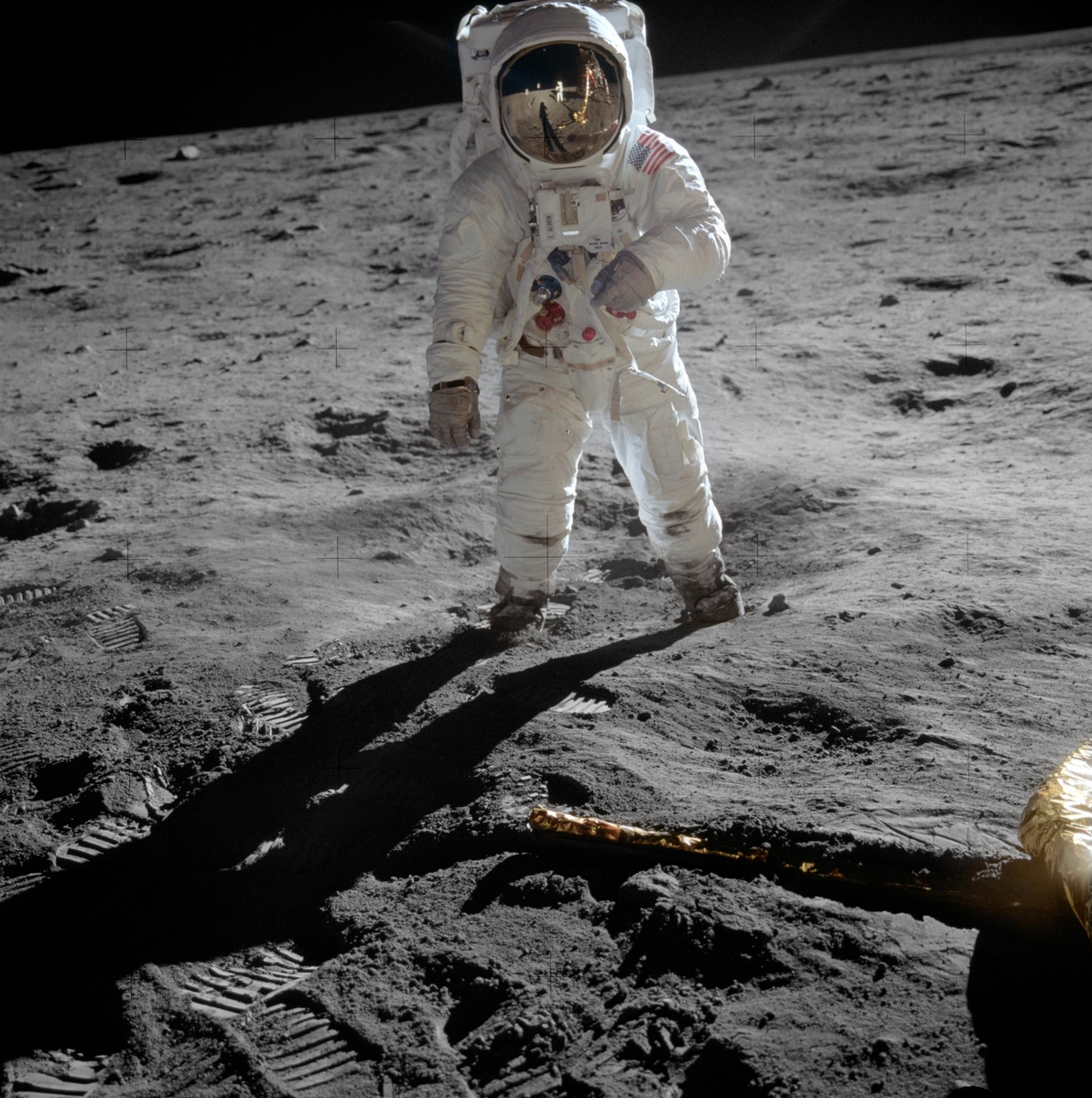 "Inspired by the late President Kennedy, and in only seven years, America has risen to the challenge of what he called the most hazardous, and dangerous, and greatest adventure in which man has ever embarked. After trailing the Russians for years in our man spaced program; and after that sudden and horrible fire on the launchpad during a routine test that killed American astronauts Gus Grissom, Ed White, and Roger Chaffee, there were serious doubts we could beat the Russians to the moon. But tonight a mere 18 months after the tragedy of Apollo 1, the entire world watched in awe as Neil Armstrong and Buzz Aldrin landed on the moon." That was Walter Cronkite 53 years ago chronicling the Apollo 11 landing on the surface of the moon. The embodiment of American Exceptionalism on the screen for the entire globe to see. Americans aren't born unique. We all have the same value from birth to death. American Exceptionalism is that we are a nation whose people are born with inalienable rights granted by our creator. And the result is overcoming extreme challenges and succeeding. Like landing on the moon before any other nation.

"A 38 year old American standing on the surface of the moon on this July 20th, nineteen hundred and sixty nine" said Walter Cronkite as the nation, indeed the world, watched in amazement. The USA had met John F. Kennedy's challenge. And in doing so the collapse of the Soviet Union began. It continued with Ronald Reagan setting expectations real and over the top that the USSR could never manage and effectively ended in November of 1989 with the fall of the Berlin Wall.

America is facing some unique challenges today, but America is Exceptional by founding. If we can manage to maintain those quite simple founding principles, we will prevail. It doesn't matter who the President is, or which party you vote for. We have a special Constitutional basis that can't be found anywhere else in the world. And in the words of our CEO, Reagan Wagner, we will remain positive and not be pessimistic, because we shall overcome as we have in the past.